Sapphire is the most popular colored gemstone in the United States, with sales far outranking any other colored gemstone. Sapphire part of the corundum family and comes in all colors of the rainbow except red. Red corundum is known as ruby. When using the term “sapphire” by itself, it is assumed you are referring to the blue variety. In its pure state, corundum is composed of aluminum and oxygen. Trace elements are responsible for the different colors. Blue sapphires are colored by iron and titanium. The greater the amount of iron present in the crystal lattice, the darker the blue. Other colors of sapphire are referred to as fancy sapphires. Sapphire is the birthstone for September and the traditional gift for the 5th and 45th anniversary. 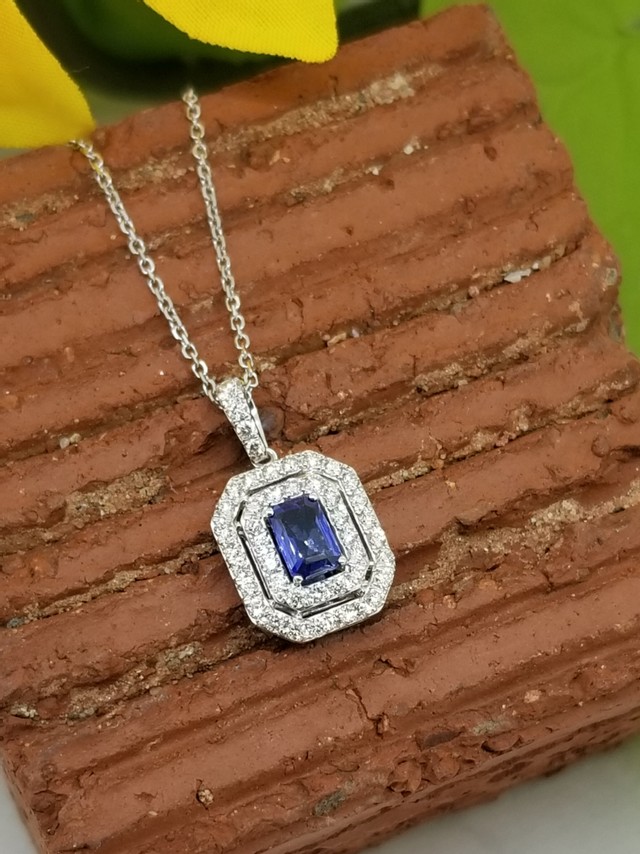 Sapphire has long been regarded as the ultimate blue gemstone. Fittingly, the gem’s original Latin name, “Sapphiru”, means blue. In Ancient Persia it was believed that the earth rested on a giant sapphire and that its reflection colored the sky blue. A gift of sapphire is said to symbolize a pledge of trust, loyalty, and sincerity. This symbolization contributed to the popularity of using sapphire for engagement rings. Arguably, the most famous engagement ring of all, the ring worn by Catherine Duchess of Cambridge and formerly Princess Diana, features a large blue sapphire. 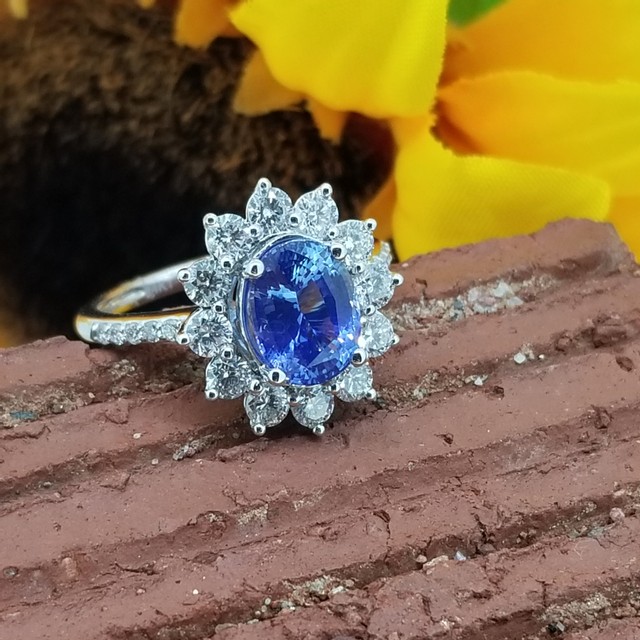 Found in nearly ever corner of the earth, sapphire is widely available. The most well-known active Asian sources include Myanmar, Cambodia, Thailand, Laos, Vietnam and Sri Lanka. African deposits include Kenya, Tanzania, Nigeria, Madagascar, and Ethiopia. Australia also consistently produces a steady source of sapphires. Here in the United States, Montana, is a significant source of sapphires. Montana sapphires in particular are seeing a resurgence in popularity. Kashmir is the most important and the historical source of sapphire. Not only are Kashmir sapphires extremely rare, but they have an intensely saturated and velvety blue hue that sets the standard against which all other blue sapphires are judged.

Sapphire often enhanced to create more marketable gemstones. There are many treatments that sapphires can undergo, however, heating is the most common. Heating sapphires can improve clarity and color of a gem. Heat treatment is permanent and stable. One should always assume that sapphires are heated, unless a laboratory report has been issued that states the gem has been unheated. Unheated, high quality sapphires are sold at a premium due to limited supply. There are many other and some controversial treatments performed on sapphires, such as beryllium diffusion. Facet Foundry Jewelry Studio only sells sapphires that have undergone heat treatment.