The apple-green hue of peridot makes you think of summer. So, it is appropriate that peridot is the birthstone for August. Peridot is also the traditional gift for the 15th anniversary.

Treasured for over 4,000 years, peridot was initially discovered by the Egyptians on the volcanic island of Zabargard in the Red Sea. Today, peridot is appreciated as the most affordable and untreated green gemstone.

Most peridot is formed deep inside the earth and is delivered to the surface by volcanic eruptions. Modern-day sources for peridot include Finland, Pakistan, Myanmar, and the US state of Arizona. The color range of peridot is quite narrow, from a brownish green to yellowish green to a pure grass green.

Although it is extremely rare, peridot has also been found in meteorites. The most notable case of extraterrestrial peridot came in 2005. Comet dust collected from the Stardust robotic space probe was found to contain peridot crystals. Peridot in its non-gem form known as olivine, has also been found on the moon and Mars!

Peridot is a softer gemstone, measuring a 6.5 to 7 on the Mohs hardness scale. Peridot is durable enough to be worn in jewelry, but not every day. Peridot will become abraded with frequent and rough wear. Peridot is subject to acid erosion. Long periods of exposure by acidic perspiration will lead to damage. Warm, soapy water is the best method for cleaning peridot. Take care when storing your peridot jewelry, do not allow the gems to rub against other jewelry as this will scratch the peridot’s surface. 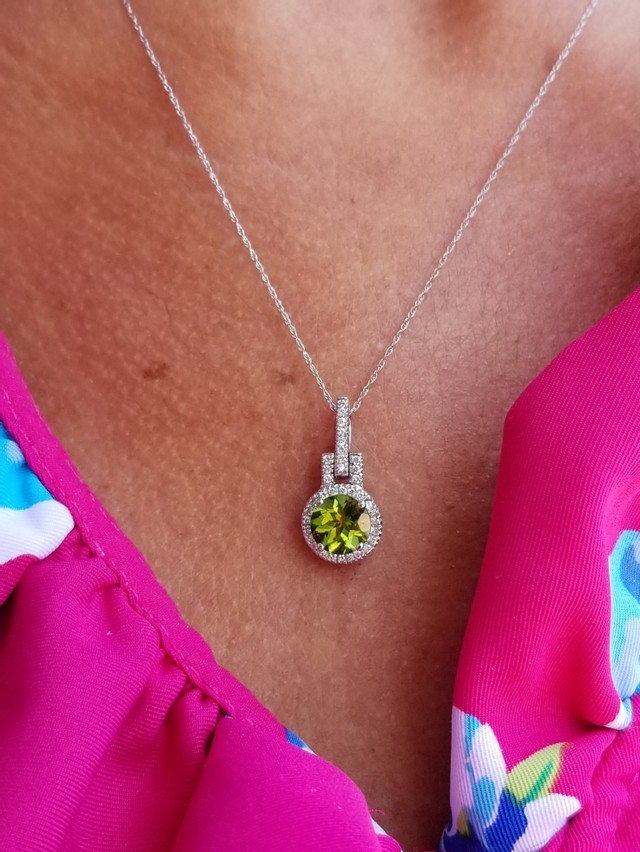